In my opinion, one of the most amazing and inspiring women ever was Diana, Princess of Wales. She was more than a princess, she was an icon, recognized all over the world. Diana embodied beauty, strong spirit, charity, nobility, largeness, generosity etc.

Her name was the reason to buy the August issue of Biograph magazine. One more time I can say that the marketing manager Svetlio Kantardjiev knows exactly what the audience wants to read. In other words, in recent weeks, the world has been obsessed with the British royal family.

Through Biograph magazine, I understood that Diana became Lady Diana Spencer in 1975 when her father inherited the title of Earl Spencer. Her publicity rose sharply with the announcement of her engagement to Charles, Prince of Wales. Their wedding on 29 July 1981 was seen by over 750 million televiewers.

The marriage ended in divorce on 28 August 1996 but media scrutiny continued to haunt Diana. That was the reason, causing her death in a car crash in Paris.

Today, people cannot still forgot the noble Lady Diana. She was an amazing woman, mother, wife, mate, princess… she was a real lady!

Rest in peace, Lady Di! We all love you! 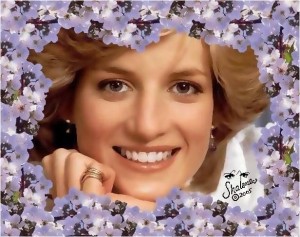